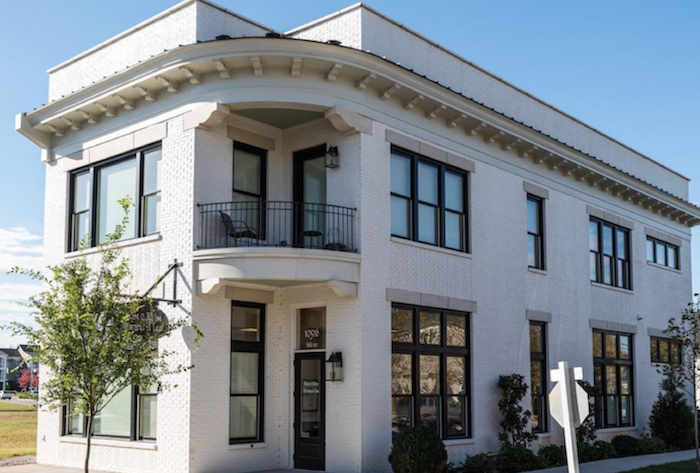 Greg:    Welcome to this edition of the Louisville custom home builder podcast series brought to you by Louisville’s leading luxury construction team, Artisan signature homes. I’m Greg, your host, and for today’s episode we’re joined by Louisville’s best known and most accomplished custom and luxury home builder, Jason Black. Jason, as always, good to see you.

Jason:    Greg, it’s always a pleasure and can’t believe another week has gone by already since our last podcast.

Greg:    True enough. We are recording in Norton Commons, once again, and we’ve been talking residential homes, single family homes for quite a while. Probably weeks and weeks and weeks. I know that that is not the only type of construction that happens here Norton Commons and I’m hoping you can lay some education on us about maybe some of the other options available to people.

Jason:    One of the other options that’s become very popular here in Norton Commons, and we’ve had some recent success, is a product called; a live-work building or a mixed use space. Conceptually you have a single building with two uses. Typically the first floor is reserved for commercial space and the second floor is a residential space.

There’s two ways that we’ve been doing this. A lot of investors will buy these as an investment and rent out the first floor and the second floor. The other most popular is somebody that wants to have a small business in Norton Commons, they can actually live above, which is the whole reason this live-work concept exist is; You have a boutique owner, a restaurant or business owner who runs a business on the first floor and when they’re done they shut the doors and they can go upstairs and reside upstairs.

Greg:    This was a big point of emphasis, by Norton Commons wasn’t it? When it was on the drawing board, this is what they were really talking about, in addition to the single family residence.

Jason:    Absolutely. The entire … there is a whole Meeting Street section, a couple blocks and a couple blocks on Norton Commons Boulevard that is all driven around this concept of retail on the first floor, old store fronts real close together and then people living upstairs and really enjoying the community. Sometimes it gives an opportunity for somebody to, that maybe not be able to, I don’t want to say afford a bigger custom home in Norton Commons, some people may not want that, but they can have a smaller space. Don’t really have to worry about the upkeep of a yard or maintenance and really they can lock and go. Some people have these that maybe reside in Florida or Arizona for half the year and really it works out very well for them.

Greg:    How big a space are we talking about? Is there a standard width and then it run back however far, or is this pretty wide open like the homes are?

Jason:    It’s very wide open. The most typical units I build are about a 2,000 square foot residential space. Three bedrooms, nice open living, and that gives you about 1,300 to 1,500 square foot of retail space on the first floor. It’s great for … recently I just completed a dental office, they actually took two lots and have about 2,800 square feet of commercial space and then they have two rental units upstairs. They’re actually using the rental units as income to subsidize the rent on the entire building, which is great.

We’re wrapping up completion on an audiologist office, who he’s bought the building, he’s going to rent the second floor as residential and then he’s placing his office on the first floor. He’s got it set up. Again, about 1,400 square feet. He resides there, has an office person and then has the opportunity to expand and bring in another doc or two in his space, if need be.

Greg:    You can do this either way right? Someone who wanted to live upstairs could contract with you to build the whole building and they could rent to a commercial business downstairs, and you’ve already done it the other way where you… commercial business contracts with you to build the building and then they rent the upstairs?

Jason:    There’s some great flexibility and then, we as Artisan, we have a couple of these projects. We’ve actually just started several new live-work buildings that will probably be available in the fall. If somebody’s looking or has been thinking about a commercial space, the ones I have would be great for … It could be a restaurant, it could be any type of retail space or doctors office. I’ve talked to a couple of different people about some different options. Rehab type spaces. Really any business could go in there. CPA office, you name it…

Greg:    Are some of the zoning issues taken care of just by being in Norton Commons? If you get approval to build they can basically bring in whatever business they want? Like you said a restaurant or an office. Those can go almost anywhere?

Jason:    For the most part. There’s still an approval process with the developer to make sure that they want a sound business and they want different business that are here. There is not necessarily a non-compete. You could have two coffee shops, for example. But again, the business … You just have to have a business plan. It has to be approved through the developer.

Greg:    Okay. Is there something … Are you far enough into the process that you might be able to discuss what kind of pricing we would be looking at, or does that really depend on how it gets finished out and what the specs are of that particular unit?

Jason:    Plus or minus, 20 bucks a square foot is kind of what the retail space goes for. Somebody can rent a unit upstairs for anywhere from 2,200 to $2,500 a month. These are nice. These are luxury, basically town homes. They usually come with a two car garage and it’s a good lifestyle for people.

Greg:    If someone wanted to buy one, like you said, sort of a lock and leave, they have a home in Florida and they want to go there in the winter, are you starting to put elevators in or is it stairs from the first floor up or is it really up to the client, however they want to configure their unit?

Jason:    It’s up to the client. We’ve done some elevators. We’ve done a lot of stair access. It really is client specific, but the ability is there to do elevators if need be.

Greg:    Then if someone wanted to use the whole thing for themselves? I think in the beginning you were saying someone might want to live upstairs and actually do the work downstairs, they could have a stairway inside the commercial that leads to the residential, or is that against the rules?

Jason:    We still have to have certain fire code and separation between units. But you definitely could have an easy way of access between units without going outside.

Jason:    There is. These units usually go fairly quickly. A lot of people, when they are in transition, a lot of my clients end up renting either from me or from other folks in the neighborhood that have buildings, just while they build. It may take a year-long process to design a house and build. Some people want to feel like they have a little bit more space and some privacy, and that’s where these units come in.

Greg:    I understand if someone is building with you, they might not be subject to the same lease terms as someone else. But if someone were coming to the market in Norton Commons and they wanted to rent, let’s say a medical student at UofL or something, are we looking at one year leases, two year leases? What typically is out there?

Jason:    Typically it’s a one year. I know some of the property owners like a two year commitment in here. Some would go as small as six months. I think a year is typically about average and usually you’ll get a security deposit of one month’s rent up front. Just for any damages or anything that might occur during someone living there.

Greg:    Okay. Well, I think we’re wrapping up on time here, but why don’t you hit the project you have going right now and if someone wants to get a hold of you and talk about these projects a little bit more, what’s the best way to reach you?

Jason:    Yes, I can always be reached at 502-551-3004 or ArtisanSignatureHomes.com, and the properties we have coming up for rent are going to be on Meeting street, so prime location. All the lots have been sold for commercial space in Meeting street. There is only a few left. If anybody wants to look at opportunities, feel free to give me a call.