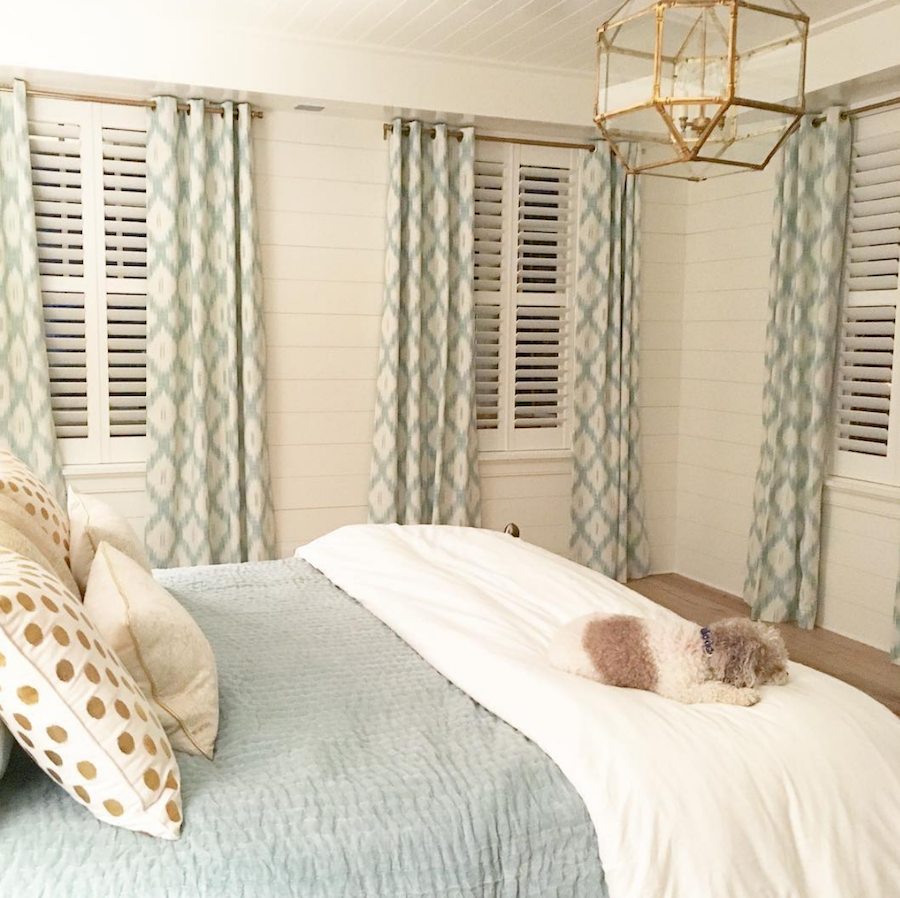 Greg:    Welcome to this edition of the Louisville Custom Homebuilder Podcast Series, brought to by Louisville’s leading luxury construction team, Artisan Signature Homes. I’m Greg your host and for today’s episode we are joined by Louisville’s best known and most accomplished custom and luxury homebuilder Jason Black as well as Gretchen Black, back to talk a little bit about interior design. Good to see you both.

Jason:    Good to see you Greg. I think Gretchen had such a good time last time that she was like, “When can I do it again?”

Greg:    Is that what happened?

Greg:    I had a couple questions after last episode. You were talking about specifically the house in Homearama, House Number 8 I believe, the both of you were talking about your aesthetics, and I was curious where do you get some of the ideas to help develop your aesthetics? Which of those might we have seen in House Number 8? If you can give us some examples that we might’ve actually walked across.

Gretchen:    Sure. As I was greeting people at the door it was interesting to hear the comments as people walked in. I actually watched their faces cause it’s easy to read people’s faces and see how they feel about a house. A lot of the verbiage that would come across was, “This feels beachy. It’s happy. It feels very coastal.”

Greg:    Which is something that Jason talks about frequently.

Gretchen:    Yes, yes. We always like to tease that the stork did not drop either one of us far enough south. We were supposed to be closer to the beach. That is something I think that we like to bring, is just kind of that easy living, kind of beachy feel to our houses, light and airy.

This specifically, the Homearama House Number 8, I was getting a lot of great feedback about the pops of color, because obviously gray is a big trend in design right now as far wall color and accessories. People were telling me that they loved that I used the subtlety of the gray for the wall, but they loved the pops of color with the drapes, with the pillows and with the accessories. That house also I used touches of navy, which I think added just a little bit of masculinity to the house, so it wasn’t over the top too feminine. Then, of course, another trend that was used in the house a lot was just the matte, the brushed brass throughout.

Greg:    Okay. When you’re putting something like that together do you end up trying something, taking a look at it and going, “That’s not quite right,” or by the time it gets to actually being in the house on the house, you know if it’s going to work or not work?

Gretchen:    Yeah, definitely during the … Especially for a home show house you want to put stuff out there that’s not been seen. That’s why people come to home shows is they want to see something different. For me, sometimes it’s just a budgetary item, but obviously a lot of times we like to use marble in homes, but marble can get really expensive, especially the lighter and whiter the marble is the more expensive it is. Then homeowners are also leery of caring for marble and the upkeep, and possible staining.

In House Number 8 we actually found a really beautiful, just great priced granite that had feel, kind of a marble. It was really light in color. That was kind of a fun trial and error. We waited, probably over 5 months for the right slab to come in. Slabs would come in and we’d say, “No. Thanks. Try again.”

Greg:    Really, so you had an idea of what kind of slab you wanted and you just had to wait for the right one?

Gretchen:    Yes, which as it got closer I was getting a little bit anxious about it. Luckily it all worked out, and then the homeowners approved the slab and they loved it too. I think it worked out well, and at the end of the day I didn’t miss not having the marble. I think that that granite slab that was chosen was beautiful and perfect for their home. 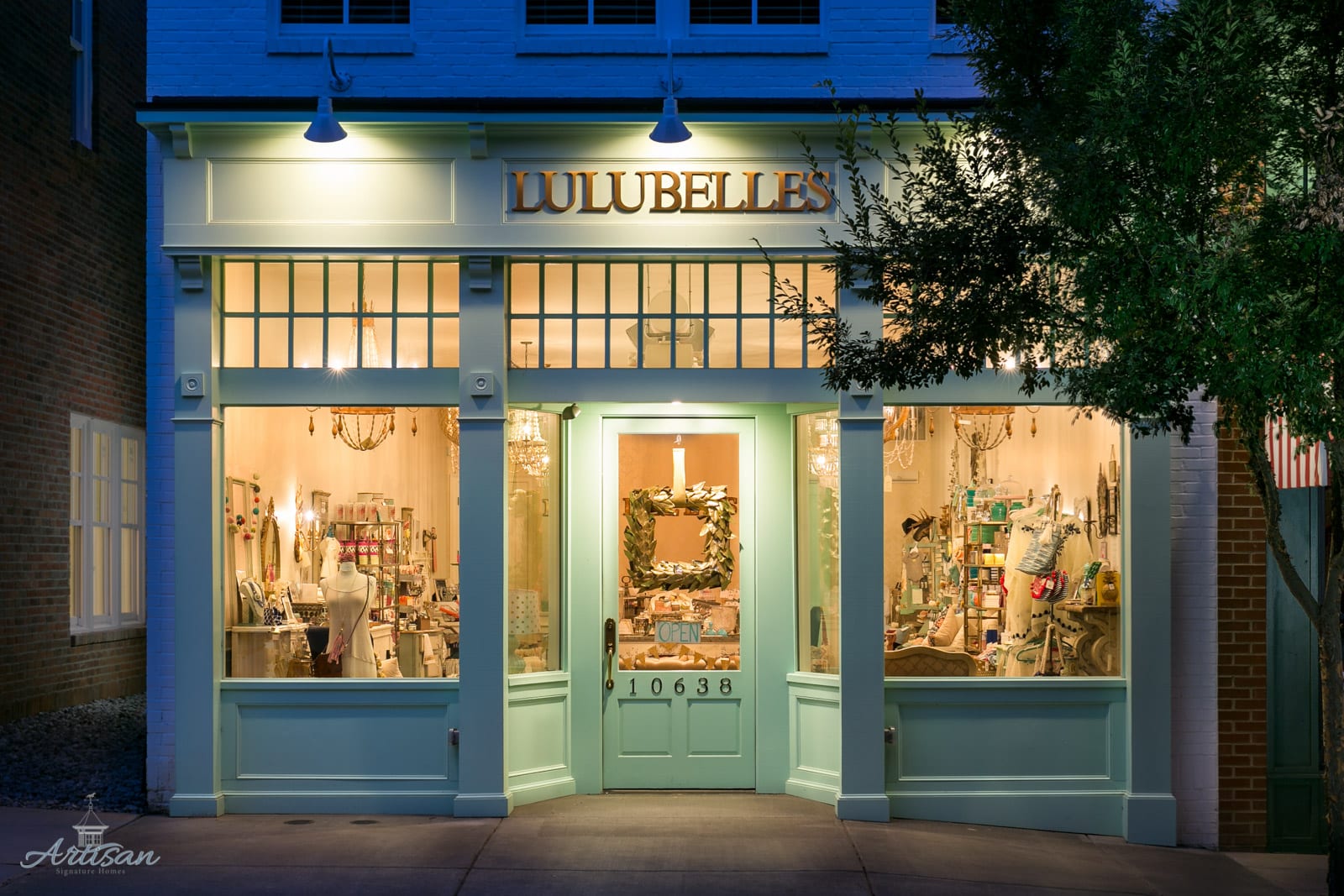 Greg:    I’m going to, if it’s all right, jump back to the last episode when we were talking about when in the process you should get involved… Jason if you’re building a home and the client gives you a budget and the budget doesn’t allow Gretchen to do the job that she thinks should be done for that house, what kind of bind does that put you in, or is that a point where it’s good to have Gretchen involved and say, “Look we need a little bit more to actually do what you want?”

Jason:    There’s different designers out there. The one great thing about Gretchen is we’ve always been very budget conscious our entire life with purchases and just anything throughout the house. When we built our first house it was shoestring budget. We were shopping the clearance rack at Home Depot and Lowe’s for light fixtures and plumbing fixtures. We’ve almost taken that mentality, that’s kind of carried us through our career. We’ve always been very conscious of budget.

I think that’s where somebody can benefit from a designer is they’re not necessarily always going to be out there to spend all your money or buy the latest and greatest. If they’re giving you a budget and they only have a certain amount of dollar figure for whatever feature, Gretchen can usually find an alternative to that $5,000 chandelier that maybe they saw at the home show that she can … I’ve seen her paint many a paint fixture. She’s bought them off the clearance racks, and added beads or taken off beads. There’s always options to bring something back into budget or find an alternative that still gives that same look.

Greg:    Okay. That brings me back to you Gretchen. What are you doing on a regular basis to keep up with what your options might be? What can you do to a light fixture, as Jason was saying, to make it both modern and, modern in the sense of trends, and make it work within a budget? Is there a school for this? Is it available online? Are you constantly looking at magazines?

Gretchen:    I do shop online a lot, especially light fixtures, there are some great online sources to shop for light fixtures. As Jason said, you know what; maybe that light fixture you love only comes in oil rubbed bronze. You know what; I’d go ahead and order it anyway cause there’s a lot of great paint out there that you get now that can emulate that color. I actually had to do that in Homearama. I bought some lights, and they were oil rubbed bronze, and I needed them to be matte gold. I bought them, and to keep within the budget, and keep them budget friendly I sprayed them the matte gold and they worked out perfect. No one was the wiser to me painting them.

Greg:    Okay. As you’re looking to grow as an interior designer, how do you get new ideas? What are you looking at nowadays to push the boundaries and think of something, and either reject it or say, yeah that’s the direction I’d like to go in?

Gretchen:    I actually just like to meet up with different colleagues, or follow other colleagues or other designers on Instagram. I’ve met some really great people through Instagram. We will talk back and forth, or they will tag me in a post if they feel like it’s, “Hey this reminds me of something you would design,” or I will tag them in a post. This past winter I got to go to the Southern Living Builder Conference and they also had some designers there. It was interesting for me to sit in and listen on the designer aspects and meet with some of these girls who have been featured in Southern Living Magazine or other magazines throughout the south. I would say I’m just constantly using social media, again back to Pinterest or magazines, looking for inspiration for design.

Greg:    You’re doing the homework for us so that we don’t have to when it comes time to design a house, right?

Greg:    Wonderful. If someone was to stop by your store, what would they find there? Is it a design shop? Can they actually buy things there?

Gretchen:    Yes. We are actually a gift and accessories store. We carry some home accessories. We carry stationary. We also do offer chandeliers that can be ordered and purchased. We carry a lot of vintage pieces, because my cousin Natalie and I, we enjoy going antiquing and love the look of bringing antiques into a home so that your house looks collected over time. We have a little baby section. We carry a few clothing items, pillows, we have great candles…

Greg:    Okay. Again, why don’t you tell us where it is so if someone wanted to stop by?

Gretchen:    We are actually located in Norton Commons. We are on Meeting Street. We are 10638 Meeting Street. You can’t miss us. We are the painted white brick building with the mint storefront exterior.

Greg:    If someone’s listening and they’re interested stop by. I think of the last episode we gave out a web address. Do you want to do a web address again real quickly?

Gretchen:    Yes. You can find Lulubelles, is the boutique I own with my cousin, and we are Lulubelles.com. You can find me on Instagram. I am listed under Gretchen Black.

Greg:    Jason, I feel like we kind of ignored you this session, so I apologize. I’ll be back next week to talk to you.

Jason:    That sounds good. I enjoy holding the mic for you two. It was quite enjoyable.