Homearama 2016 Louisville – Are We Ready? 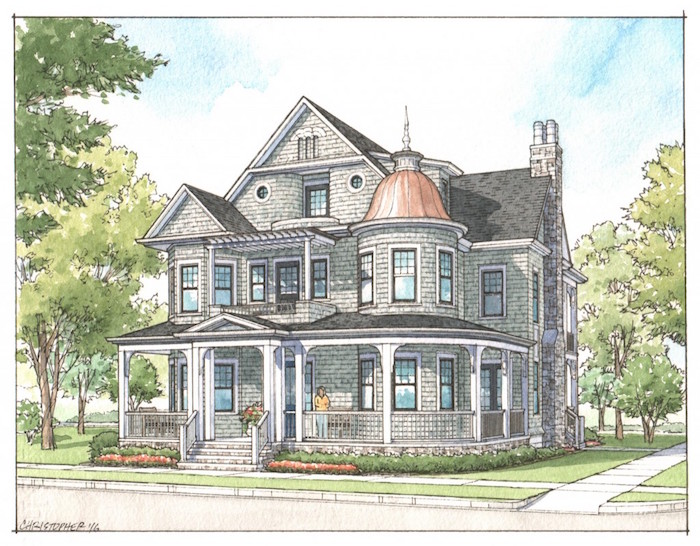 Greg:    Welcome to this edition of the Louisville Custom Home Builder podcast series, brought to you by Louisville’s leading luxury construction team, Artisan Signature Homes. I’m Greg, your host, and for today’s episode we are joined by Louisville’s best known and most accomplished custom and luxury home builder Jason Black. Jason, good to see you again.

Jason:    Greg it’s great to see you, a beautiful spring day, and I love when the sun is shining, and the trees are blooming, and the flowers are blooming. That means that home building is in the air.

Greg:    It is a beautiful day, and I’m curious because you’ve been teasing me… I’m anxiously awaiting Homearama 2016 Louisville. How are your properties coming? How are your Homearama homes coming, do you have updates for us?

Jason:    Yeah, we do. We’ve got two Homearama homes this year in Norton Commons, for the show. Quick overview, one of them is a…

Greg:    Can we step backwards and just explain what Homearama is? Have we ever actually explained it?

Jason:    Homearama is an event. There’s going to be twenty-six furnished houses on one street, that people can tour. I think they’ve actually added two furnished town homes to the mix. They’re in the process of constructing a Central Park around all these houses, that they all look about. It’s got a zoysia kinda lawn. One of my clients picked his lot specifically to be facing the lawn. He’s got two young boys, and he wants to be out there, and play soccer with them. Got the park, it’s got a little shade structure, and some other cool stuff they’re building out there right now. There’s some renderings, maybe we can pass along to the folks, to see what that finished product will look like. It’s the last two weeks in July, so it runs for seventeen straight days of Homearama action. I think you can get a multi-day pass. It’d be tough to see all twenty-eight house in one day.

Jason:    The beautiful thing about having it in Norton Commons, is people can come out and have lunch, go look at some houses. If they wanted to take a break, they could have dinner, they could go grab a drink at the Commonwealth Tap, here on Meeting Street. Really enjoy what Norton Commons has to offer, and the saying truly is, “More life per square foot”, couldn’t be more true in Norton Commons. I think Homearama will give people a good sense of what that’s about. That’s Homearama.

Greg:    Quick questions, all the people that have already bought a house, they’re not allowed to move in yet, right? All these homes, twenty-six, or twenty-eight, or however many properties, will all be open? That we can go through? Some of them, half of them, maybe all of them by then will be sold, but that doesn’t matter to us, the visitors? We can still go through?

Jason:    The builders still retain ownership, and nobody can move in until first week of August. They’re open for tours, everything is open, all the rooms are open. Sometimes they’ll rope off a room or two, that people don’t want you to walk through their wool carpeted area.

Jason:    For the most part, it’s fair game. People will get to see all the frills. Sometimes I’ll even open up my furnace room. We’re doing geothermal in both of our homes, and we got some foam insulation, and engineered floor systems. Not many people, but there are those that want to see behind the walls, and I’m always happy to show that.

Greg:    I would like to see that. You’ve talked about it enough, I’m really curious to see some of the things you’ve talked about. I’ve dragged you off topic long enough, so how are your Homearama homes going?

Jason:    Their good. My first one is a two story, very traditional home. It’s a low country style, exposed rafters on the front double porches. Has three bedrooms on the second floor, so that creates very open living on the first floor. It is at the drywall stage, and I’ve just gotten trim delivered, so we’ll be knocking out some trim work. Getting ready to do hardwood floors, we’re doing sand and finish on site flooring on this house. That’s the stage of that one. The outside, the siding is going up. We’re using our James Hardy, pre-finished color plus, white siding on the exterior of that one. It’s already taken shape.

Greg:    Is this is a good phase to be at? Are you ahead, or behind of where you want to be? Given we have a date certain that people are coming through.

Jason:    This house I’m doing great, I’m ahead of where I need to be. Schedule being no problem.

Jason:    There’s a however. It’s my other house, which is really going to be a show stopper of a house. With Homearama, usually I’ll do one house… With Artisan being a newer company, I really wanted to showcase what I can do as a builder. My first house is in the five hundred thousand dollar price point. My next house is in the million and a half, it’s an expensive home, it’s a very custom home. A lot of neat features. If I’m going and paying fifteen bucks to a home show, I want to be wowed. This is a house that’s going to wow you.

It’s a shingle style exterior, reminiscent of the homes off the Nantucket water. It’s all cedar shake on the exterior. We’ve got a great copper dome room, it’s all framed up now. We’re cutting the copper, so the copper install will be taking place. It’s going to be a roof line that I’ve never seen in Louisville before, we brainstormed with our roofer, New Level Construction, he threw around some ideas, and the home owner loved it. It’s pretty wild, so we’re anxious to showcase that.

Jason:    They do, they get very excited, they get very into Homearama. Homearama is a great opportunity for people to build a house, and get some additional value. Everybody wants to showcase their latest, and greatest technology. This roof I’m talking to you about, it’s going to take us eight weeks from start to finish, to put this copper around this dome. It’s very intricate work, but it’s a chance to show our craft. The vendors do really get behind that.

Greg:    What would a normal roof take to put up?

Jason:    There’s just a ton of prep work. Once people get out and see it, this lot is the focal point of the Homearama. It sits right at the end of the street, it’s a corner lot. The first thing you’ll notice is that copper piece on top of this roof.

Greg:    A couple of questions. How does that work, how do you get … How’d you pick that lot? Are they open and first come, first served? I guess first question, how do people get chosen to participate in Homearama?

Jason:    There’s a criteria you have to go through with the Building Industry Association of Louisville. You’ve got to meet certain requirements. I’m a registered builder, so I had to build so many houses, and pass certain tests and all that, to get to that level. Homearama, most builders can get in there. This is my fifth or so Homearama house, so you get a certain ranking. I had a customer already, so we ranked higher. This was the lot he wanted, and fortunately he was able to get that lot. Once we had the lot, we stated designing the house. He wanted something special, and it was a special lot. We’ll let the audience get to walk through them and see, but I think they’ll be impressed with what we came up with.

Greg:    That sounds like a perfect combo, I’m looking forward to that.

Jason:    Yeah, so that’s the outside. We’re putting the cladding, the cedar shake on the outside. We’ve pre-stained it a grey color. We went through five or six different samples. Actually I polled some of my viewers on Instagram, and Facebook, and LinkedIn. It was kind of cool, everybody gave their feedback, some liked the lighter grey, some liked the darker grey. We ended up going just a little bit darker grey, we went with a Sherman Williams color called Grey Matters, and I think it was a great choice. It looks good. We’re probably about forty percent done with that. On the inside we’re finishing up our plumbing rough in, we’ve got our heating and air all roughed in. That’s complete. Our electrician is probably about eighty percent complete. Audio video rough is scheduled for next week, and insulation will be following after that.

Greg:    Is that on schedule, tight schedule, you’re so far behind you can’t sleep at night? Where do we stand on this?

Jason:    I haven’t lost sleep just yet, but it may be coming. The good thing with Homearama is, all the vendors do appreciate the deadline. Sometimes people wonder why their house can’t be built as quick as Homearama. It’s unfortunate, but all the vendors, with Homearama you have a set date. They really buy into that. You can’t get that out of your tradesmen, every house. They understand the priority of Homearama, and they give it a little extra attention.

Greg:    Wonderful. Do you think you might have a picture or two, of a house in progress, that you might be able to share with us, that I can put on the podcast?

Jason:    Yeah, I’ll go out there maybe today, and get some fresh pics of the progress, so folks can see what we’ve got going. Just plan on coming out end of July. I’ll be working the houses, love to meet the listeners. I love hearing feedback from people who do listen to the podcast, and comment on our social media. A lot of times you do this, you never know if anybody’s listening, but it appears there’s a few people. It’s always exciting, and I love to put a face with a name.

Greg:    When are the dates again?

Jason:    It is July sixteenth, through the thirty-first, twenty sixteen, at Norton Commons.

Jason:    All right Greg, hope to have you out there.