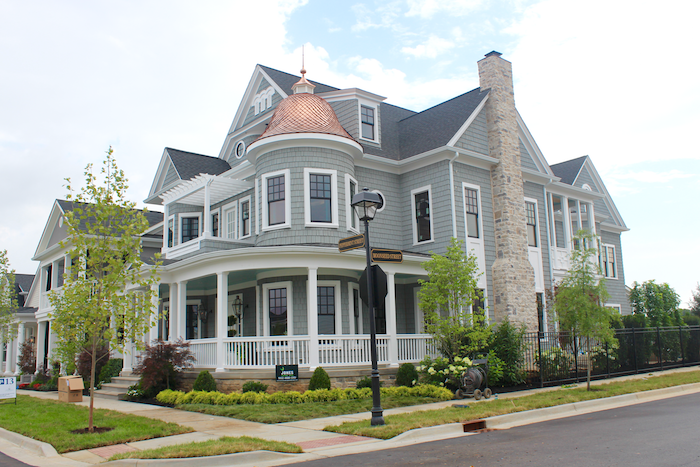 Jason:    Hi, welcome, this is Jason with the Louisville Custom Builder Podcast. Hard to believe but Homerama 2016 in Norton Commons has wrapped up. We’re going to give you a little wrap-up review of the show. I’ve got a couple guest visitors in from out of town. We’ve got Ted Cummings and John Solomon. I’ll let those guys each introduce themselves and tell where they’re from, and we’ll get rolling about Homerama. Ted, why don’t introduce yourself?

Ted:    My name’s Ted Cummins. I’m a custom home builder out of Houston, Texas. We focus on the Northwest part of town, mainly the Cypress, Magnolia, Woodlands area. We’re excited to be a part and come over and see the tour this weekend.

Jason:    Ted’s built some beautiful homes, very beautiful multi-million dollar homes and has done several Southern Living Showcase homes. You should definitely take a look at his website and check out some of his work. We’ve got John, as well.

John:    Thanks for having me, Jason. I’m John Solomon. I’m with Javic Homes from Tampa, Florida. We build throughout the Tampa Bay area ,which includes St. Petersburg, Clearwater and even down into the Sarasota area. Like Ted and Jason, we’re part of the Southern Living Custom Builder Program and excited to come visit here in Louisville.

Jason:    The guys are in town. We’ve got a group of about 10 builders in from Southern Living. We’ve been just strategizing all week. These guys have heard about me talk about Norton Commons and Homearama for years and finally got the opportunity to come see it. Ted, why don’t you tell us, what did you get out of Homerama? What did you think about the event?

Ted:    First of all, I’ve attended several of these events. We don’t call them Homerama back home but it’s pretty interesting the number of homes that were actually on tour. I’ve never been on a tour where there was many concentrated in one spot. I think that has to do with, obviously, pulling a lot of people in, which it obviously did. I was blown away. What were the numbers? 40,000, 50,000 people?

Jason:    We haven’t seen the final numbers yet but probably between 40,000 and 50,000 people through a single-site home show here.

Ted:    That’s amazing. I enjoyed the architecture and the common architecture. It really gives a great …

Jason:    Do you feel like you’ve gotten some new ideas out of your visit here that you can take and implement back home in Texas?

Jason:    Fantastic. John, how about yourself?

John:    Same. I took away 2 things. One, the event is pretty impressive. Just having all those homes in one location, it’s incredibly convenient for perspective folks that are looking to build a home, not only get the ideas themselves but also to speak with builders and really see the quality of works.

For me personally, just like Ted, I take away, this is my second year visiting the Homerama here and every year I come back with a dozen, 20, different ideas to share with our team and with our customers. It’s very inspiring.

Jason:    That’s the goal of getting the group together is we really learn from each other. We share some best practices. It’s just so cool for you guys to get to see our work. I know as we went through the house you guys were snapping photos here and there, Ted, what do you think was one of the coolest things you got to see in the show this year?

Ted:    I must admit probably one of my favorites was I think it was house Number 13. Oh, that was yours wasn’t it?

Jason:    This was a test but you’re passing so far. All right. Carry on. We don’t have to re-record this.

Ted:    When we talked about the copper turret or the dome, unbelievable to find that those were small squares of copper. What size in diameter were those?

Jason:    There were just a couple inches wide at the most.

Ted:    To think that somebody had the time and the forethought and I know your eye for detail, you’re probably very passionate about what you wanted that to look like. It’s a great forethought of not only coming up with the idea but then the execution, having the craftsmanship to pull that off. That’s very striking. That was very much a highlight.

Jason:    I think you commented, I think the cool thing about that copper turret was as soon as you entered the Homerama site or even before you entered, that copper turret was staring you down. I think we’re going to record another podcast here talking about our tour of Norton Commons, we talk about terminating vistas and that house Number 13 Hampton Point was the terminating vista of that street and really sets that streetscape off fairly nicely.

John, I’ll put you on the spot. Ted talked about the copper. What did you see in Homearama that maybe caught your eye and maybe going back down to Florida for some inspiration?

Ted:    For me, it’s always 2 things. One, we talked about your attention to detail. The interior trim work, whether it’s the shiplap or the ceiling treatments, that has always pretty spectacular. You saw that throughout both of the sites, in particular 13, but for my customers, what really was exciting to see if the use of the outdoor living space. You can imagine in Florida that’s what we’re outside a lot, even as hot as it can be.

Some of the smaller lots in the infill neighborhoods I work in, they’re not too different than Norton Commons where you don’t have acreage to work with. There was a lot of creativity, whether it was the fire pits, fireplaces, the pool was really unique in way that was incorporated. That’s what I really took away, I was taking a lot of outdoor living photos as I went.

Jason:    Norton Commons is very much about public and park space and connecting the house to the street. There is a sense, we always do try to create a nice sense of privacy. If you had a rough day at work, want to come home, relax and not necessarily talk to your neighbors at that point, we try to create a little private oasis that you can go out, de-brief or have your morning coffee and not feel like you’re on display.

Sometimes with the smaller lots, I think you can really create that privacy more with a smaller lot than you can on the larger space because you can create that intimate space. I think you saw the Phantom Screens we had. I think that was a pretty neat aspect of the show and was one of the fan favorites, for sure.

John, I think you commented to me about the level finish of our drywall work, compared to what you have down in Florida. You’re not used to seeing smooth drywall on the walls, is that correct?

John:    No. All of you guys, our colleagues laugh at me because of this but no, seeing that smooth finish is a pretty tremendous upgrade, which is just a standard, expected level of finish here in this area but seeing that smooth finish, as well as the trim work and how they just … It’s really a clean, good look. We’ve brought that now to probably half our homes use that smooth drywall because of some of the insights you all have shared as we’ve visited together. 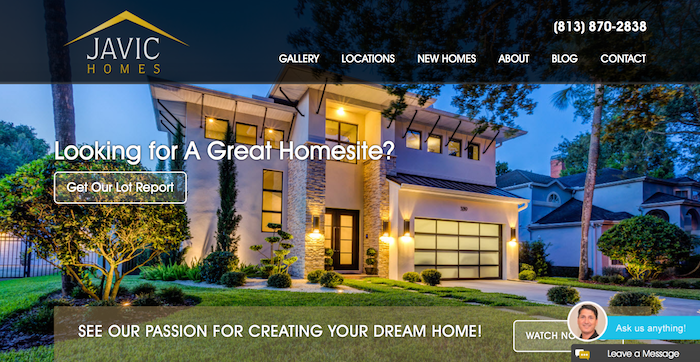 Jason:    Cool. I think one of the other things I found interesting about your work down in Tampa is you say there’s not a whole lot of brick work down there. You’re eyeing a lot of the painted brick we’re doing here in Louisville.

John:    Yes. Selfishly for my next personal home, but it is a good look. In particular, I’ve really been attracted to that painted brick, that cream color. When you get that dark accented windows and trim work, it’s just a sharp look. You see that quite a bit through both your homes, throughout Norton Commons. I think I need to find some solid masons that maybe…

Jason:    Is it true that down in Tampa you just don’t have masons that can do brick work?

John:    You don’t. I bring a bus up to Louisville. I’m going to bring them down for a few months I think.

John:    I know it. No but  throughout this community, it really is unique. We just don’t do that much. We’ve got a lot of stucco work, a lot of siding, but few homes that are completely brick like you have here.

Jason:    One of the things that I’ve learned from Ted over the years is he’s a master of the secret door and hidden passageways. I got to show off a couple things at one of our houses, House 13. We had a secret bookcase in the hallway that Ted’s always encouraging the use of that. Then we had a paneled wall that became a … It was a ship lap wall and we had a hidden door behind there. Ted, I want to thank you for challenging me to do some different things. Hopefully, you guys have enjoyed the tour. I just want to thank you all again for coming to Louisville and joining me on the podcast today.

Ted:    You’ve been a great host. We appreciate it.