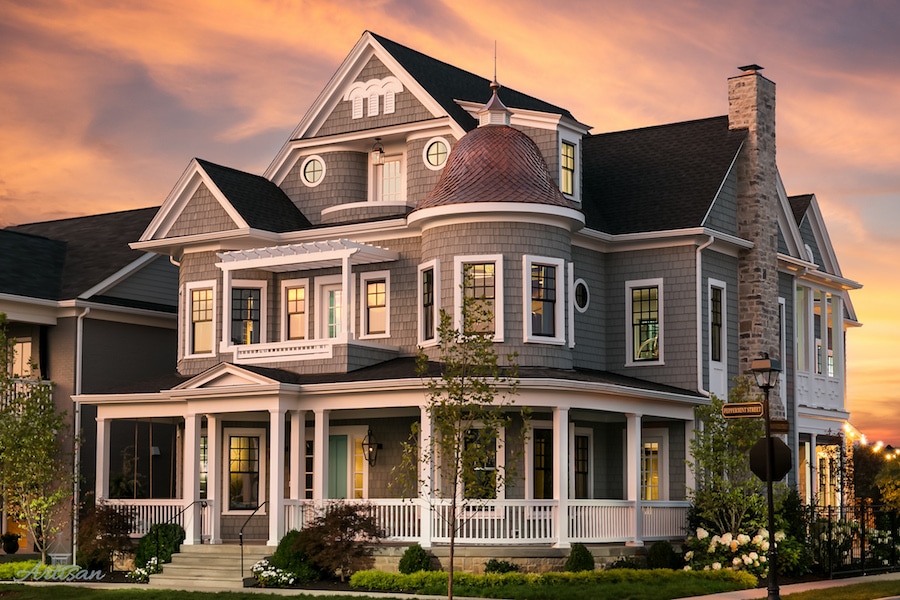 Greg:    Welcome to this edition of the Louisville Custom Homebuilder podcast series, brought to you by Louisville’s leading luxury construction team, Artisan Signature Homes. I’m Greg, your host, and for today’s episode, we are joined by Louisville’s best known and most accomplished custom and luxury home builder, Jason Black. Jason, good to see you. How are you?

Jason:    Greg, I’m doing great. Good to have you back this morning.

Greg:    I was going to say that. Good to have you back, the Norton Commons Homearama is totally wrapped up. I think the last two weeks we have published a podcast you did with your builder group, your Southern Living Builder Group, so you’re back to the pre-Homearama routine, so do you want to give us one last wrap up and then we’ll let you get back into your yearly routine of building.

Jason:    Sounds good. Homerama was a huge success. I appreciate you coming through, and for those that haven’t heard yet, our House Number 13, the Hampton Point, was awarded the Grand Award winner of all the houses in the show. It was voted the favorite house by the public, which is, I think a pretty impressive award to get. It’s the coveted award that most guys like.

Greg:    I was going to say, there are probably 10 awards or so different of aspects of the house, but that’s really the … It’s not even close, is it? That’s the granddaddy. That’s the big one.

Jason:    That’s the one you want. Yeah, and so along with that we won the favorite interior designer as well.

Jason:    People really enjoyed the house. There were, gosh, so many great features and the feedback we got from all the … I was amazed at the podcast listeners, Instagram followers and Facebook followers that would come through the house and tell us that they really enjoyed watching the process, so it is good to know that people are listening and following along. 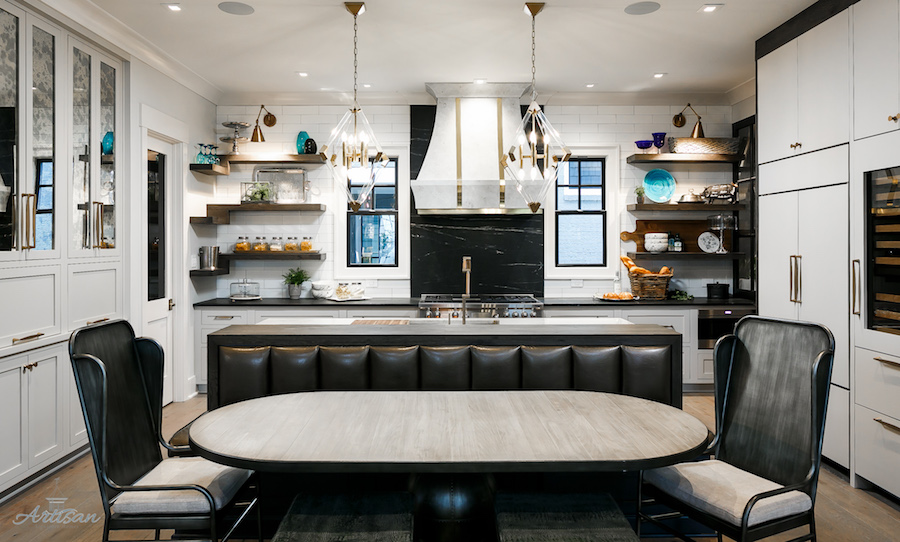 Greg:    That’s interesting. So the people he came through, did you find that they commented about either some your favorite aspects of the homes or were the things they commented on the topics that we covered in podcast or you covered in the Instagram, was there a difference in what they liked and you liked or was it along the same lines?

Jason:    Along the same lines. A lot of people on the copper turret like that. They like seeing the pool. We drew people from several states so that was the cool thing. People came from a couple states away just to see the show, which I thought was pretty remarkable.

Greg:    That is remarkable. So this was a really big show, right? Most Homarama’s aren’t…

Jason:    Yeah. I think the final tally was in, there  was over 35,000 people that came through our house, which was awesome. Some of the favorite features they liked were the pool. The pool was a great, great feature. The outdoor space, people really enjoyed that.

One of the things that we really didn’t cover too much that I think the crowds really enjoyed was the dog room and the dog run we had with the artificial turf. We had people coming back just to see that and I guess people love their pets and so do these clients. We had a washer and dryer in there. We had a dog shower and we had a cool drawer where the dog bowls pulled out of the lower section of the drawer and then a bigger drawer above it that you could actually store the dog food, so they had a couple dogs that are in the 70/80 pound range, maybe a little bit more.

Jason:    So they’re moving some serious quantities of dog food. We found some great ways to organize the space for them.

Greg:    I’m a little curious. We talked about for weeks and weeks, and probably months about Homerama as it was getting ready, but the last two weeks, your podcast has been with builders who came in to visit you afterwards, so I’m curious what you’ve learned about Homerama looking at it now afterwards through their eyes, their comments as professional luxury home builders in different markets around the country. What did you learn about the process and the event that you might not have known or realized ahead of time?

Jason:    One of the things that, as I’m in Norton Commons day in and day out, I guess I lose track of how fortunate I am as a builder to build in such an awesome neighborhood like this because I had some guys in, one guy in from Charlottesville, Virginia, and he travels, 30, 40 minutes between job sites just because he’s like, “We don’t have anything like this. Do you realize how fortunate you are to have some like this?” You can walk out your front door, I happen to live in Norton Commons, and I can check on 10 different job sites all on the same street, so I feel very fortunate to be a part of Norton Commons.

The other thing is, these guys are participants in home shows, what usually they call like a parade of homes so they might be one home on a tour through the city of Houston or one guy is down in Tampa and there might be 100 homes on the tour homes that day or that month, but he said, “We might only get 100 or 200 people through our house over a couple weekends.”

Jason:    They were blown away, so we had about 10 builders in and we went through on the final day of Homerama, which was a busy day but seeing hundreds if not thousands of people checking out the houses, they were pretty amazed.

Greg:    One of the things I picked up on and I listened to your last podcast, was their appreciation, the other builder’s appreciation, for I forget what you call it. There’s a book of standards or something like that that apparently is much harder to keep intact and for communities to hold onto for a long time. Without it, your quality tends to decline and your eye for detail tends to decline community wide, but it sounds like this really is a shining example of how it could be done, should be done, across the nation and we don’t realize that because like you said, we drive through every day or you’re close to it, but it really sounded like that stuck out to the other builders.

Jason:    That was helped by Steve Muzon who’s one of the originators of TND and an architect himself, but put together a great book with helps of Mike Watkins and David Tomes, one of the developers here. A lot of them had developments that were maybe not quite the scale of Norton Commons that they’d start out great the first couple sections. They were really concerned about the architecture control and maybe the economy went down or they just weren’t selling lots as well as they maybe should.

They let the standards down and that’s one thing that makes Norton Commons so special is they have such a high standard and a high design requirement for these houses that even after gosh, 1000 homes, everything still looks good. The development is well taken care of. All the green spaces are manicured. The street trees are watered in and it just has a feel that … My guys didn’t want to leave. They’re like, “We’re coming back here next year,” so that’s a good thing.

Greg:    That’s quite a testament, isn’t it? It’s also interesting that this project is so large, relatively speaking, that it’s been in the works for so long. You mentioned economic ups and downs which every location is going to have, certainly real estate in the Louisville area has been down at some point during this whole process but they’ve managed to either do enough planning or finance it well enough that you can’t tell. You can’t drive through the neighborhood and say, “Oh, those were built in the downturn,” but you can tell by looking at them. You can’t tell at all.

Jason:    No, it’s got a very, what’s the word? Continuous feel, everything feels very similar and the styles are very similar. That’s part of what that pattern book and the those restrictions is. There’s five main styles of architecture that we stick to and they’ll let a few houses kind of do a spice style that an old traditional Louisville neighborhood or some of the historic neighborhoods, they would let a builder, a homeowner be creative maybe one or two houses a street, but they don’t want to have a whole section or a street of spice style. Again, it just keeps things interesting to mix it up a little bit. It helps give a neighborhood that feeling of home. It really does. 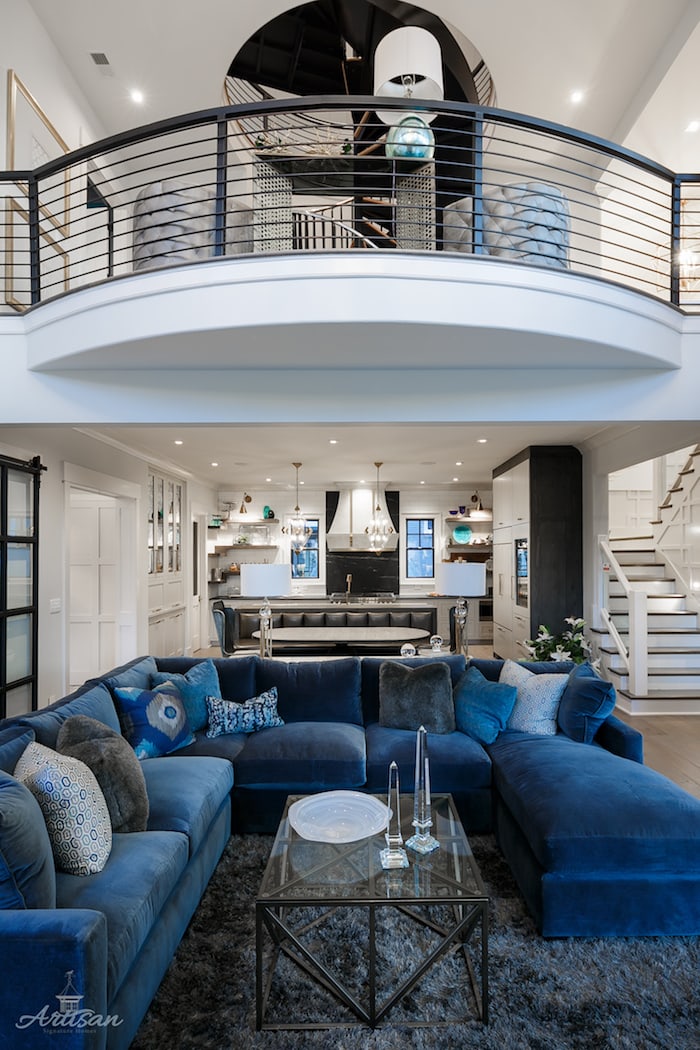 Greg:    What are your plans going forward? Obviously you’re still going to be building, but Homerama is done. You get to take a breath. I’d say relax, but I know that you’re still very busy, so…

Jason:    Yeah. With Homerama, House 13 went in, all the work we put into it, it’s fun to get rewarded for that. Our other house, House Number 8, which was our Magnolia Cottage, it didn’t win any big awards but it’s actually driven some nice business for us because it was more of a simple house that people can relate to. The design was very tasteful, very classy. Gretchen Black with Lulubelles had done the interior design on that and again, people just related to it. It was that kind of coastal style, lighter floor so we’re getting some good business off that. We’ve got some new leads and actually some new contracts that we generated that we’ll be working on.

Now that Homerama, we’re kind of winding down with all that, people are getting moved into their houses, we’re focusing on work that we’ve been either designing or getting ready to start. We’ve got a couple new projects coming up in historic Anchorage that we’re going to work on. We’ve got just a lot of great work in Norton Commons.

We’re doing a lot of ranch-style plans for whatever reason in Norton Commons. We’ve got some new spec homes we’ve just recently started in Norton Commons. We’ve got a cool 1 ½ story house that, first floor master and three bedrooms upstairs, so you’ll have four bedrooms above grade. It’s right by the new Norton Commons Elementary school that just opened. We were trying to target a larger family that might be moving in and their kids could really walk out the back door and be in school.

We’re going to just focus on building some good quality houses. We may take a year off from Homerama. We’re not quite sure yet. We’re evaluating our options, but we’re going to just kind of settle down and just built some great houses, what we really like to do.

Greg:    That sounds like a wonderful plan and maybe as we head into another podcast before too long, maybe next week or in a couple weeks, I’d be curious to talk to you about ranches and what do you think, because you just mentioned it in Norton Commons. What kind of, what’s driving that impulse or that buying that people are going to ranches? Maybe we can try to guess the future and see what’s going on in Norton Commons and wherever else you’re building, so thanks again for the education this week and we’ll be back next week.