Hardie Siding Options For Your Custom Or Luxury Home 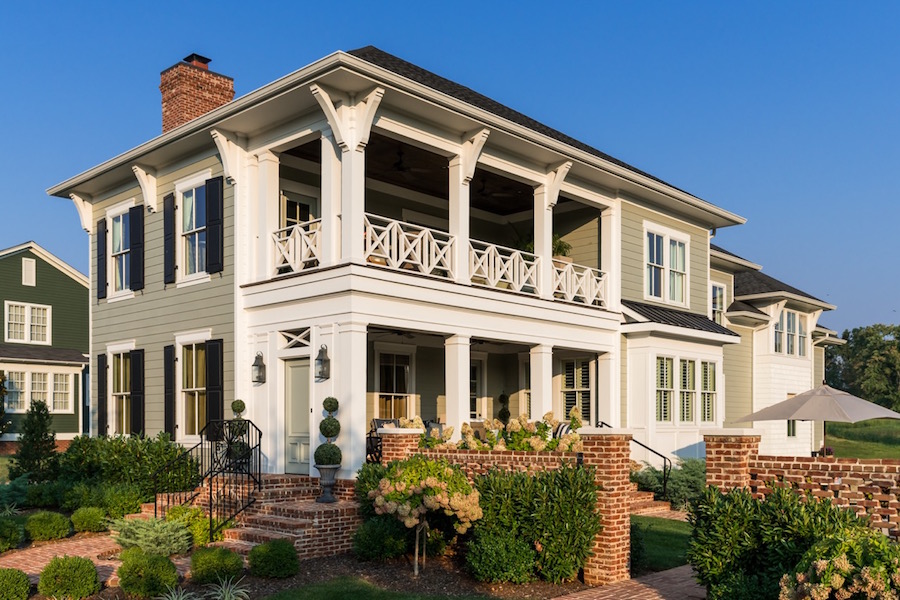 01 Aug Hardie Siding Options For Your Custom Or Luxury Home

Greg:    Welcome to this edition of the Louisville Custom Homebuilder podcast series, brought to you by Louisville’s leading luxury construction team, Artisan Signature Homes. I’m Greg, your host, and for today’s episode, we are joined by Louisville’s best known and most accomplished custom and luxury home builder, Jason Black. Jason, good to see you.

Jason:    Greg, always a pleasure to have you back once again.

Greg:    Thank you. In a few of the previous episodes, you’ve talked about shingle-style homes and how those get put up one at a time, and I think I asked about a product that … some other products that might go up a little bit differently, and I’m hoping you can help me out here with some siding options that clients can consider when putting a house up.

Jason:    Yeah, so one of our probably most preferred vendors that we’ve been doing business with for a long time is called James Hardie, and they make a product … It’s called fiber cement siding. It’s not wood. It’s not going to rot. It’s not cheap. I think a lot of people think of siding, they initially think of vinyl siding.

This definitely is not a vinyl siding. This is a … It’s really a historically… a look alike product, that’s meant to look like the wood siding of the past. There’s a couple different variations of the Hardie siding material. It’s usually … It can have a reveal of 3 to 4 inches up to 7 or 8 inches. It’s just traditional siding that you clad the exterior of the house with.

Greg:    What does a reveal mean? Is that how wide the siding strip would be?

Jason:    That’s right. There’s certain looks. Some builders and architects like it wider. Some like it smaller, and sometimes you may do the bottom half of the house with a 6 or 7 inch reveal, you put a little band board at the mid-section of the house, and you do a tighter reveal at the top. Again, just trying to be aesthetically pleasing and we at Artisan are always looking for a way to differentiate our houses and make something a little bit different. Any opportunity we can do that, we try to experiment with different reveals.

Greg:    Doesn’t it also come in different colors and different patterns, so you really, as a builder, have a pretty big pallet to choose from.

Jason:    We do. We have a choice on color and manufacturer. There are other manufacturers, but had the opportunity … I was just down with Southern Living in Birmingham, and we had a James Hardie focus group, and some of the marketing folks and install guys from Hardie came in, and some of our builder groups and we all sat around and just talking about how to make installation better and products better and getting the public more aware of the Hardie brand.

With that, they’re really strong on a product that’s called Color Plus Technology. The siding actually comes pre-finished, so there’s 20 plus different colors that they actually paint in a factory and I can’t remember how many coats they put on it, but it’s a really solid way to paint the Hardie in a factory, so when it comes out to the job site, all you have to do is put it up, no painting required. They have color matching caulk and putty and everything else.

Greg:    Does that minimize the painting that a client would have to do a few years down the road? I imagine it’s a lot less maintenance than an old style wood siding home.

Jason:    That’s right. You can come with pre-finished James Hardie or you can get the pre-finished. With the pre-finished, I think they have a 20 something year warranty against the paint fading and all that. If my customers like one of those 20 plus different colors, I always encourage them to do the pre-finished siding because it does require a little bit less maintenance as time goes on. 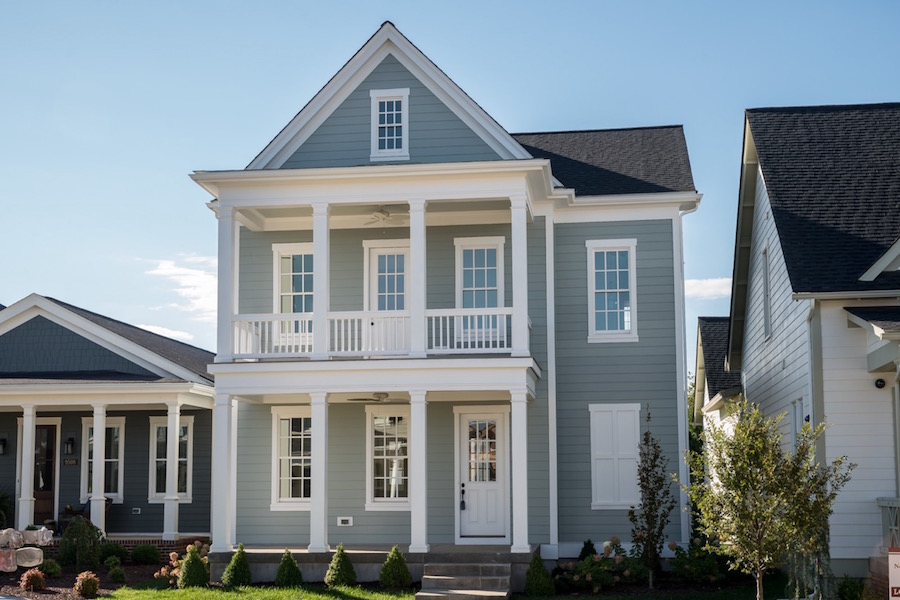 Jason:    Yeah, so it’s going to be more expensive than vinyl siding. It does take a skilled craftsman to install it. You want to make sure you nail it properly. You have to flash it properly. You can’t be throwing the boards around, especially if they’re pre-finished. When they come out from Hardie, they actually have a plastic coating on, and we install them and then pull that plastic coating off that helps protect that finish.

Greg:    If you’re not careful with it, what could happen? Can it chip or scratch the surface?

Jason:    It can chip or get marred. They do have color matching paint that you can touch up. It is a construction site and nobody’s perfect and mistakes do happen, but we try to be very diligent when we install the siding and for the most part, we’re fairly effective with that.

That’s the … Siding is one portion of it. They also … Hardie makes … We talked a lot about the shingle style. They do make a shingle material that you can get. Comes in sections, so the install goes a little bit quicker than the individual cedar shakes, and you can get it with a staggered pattern, which is kind of more of a random pattern, or you can get just a traditional shake where all the shakes kind of line up at the same plane. We talk about that reveal. You can 4, 5, 6, 7, 8 inch reveal on those products, so it all depends on how you install it.

Greg:    Again, that would be an aesthetic choice that you and your client would make as far as how big do they want their shakes to appear.

Jason:    That’s right. Again, it becomes a cost factor. The shake is a little bit more expensive than the traditional lap siding, so we may do accents of it, or a bay window here or a portion of the house or a gable. Again, just to add another layer to the house for aesthetics.

Jason:    Yeah, it’s an approved material in Norton Commons, and we use Hardie on … Actually, we use it even when we brick house. We use Hardie for the cornice. The system between the brick line and the roof is called the cornice system. We use Hardie there. That’s where your gutter goes attached to it, so it goes to a gutter board and a fly rafter. All that, again, is made out of dense Hardie that will not rot, it’s not going to warp. If you ever pick up a piece of this Hardie, I mean, you better have your weight belt on. I mean, they only sell it in, I think, maybe 10 or 12 foot sections because of the weight, but it’s extremely durable and it definitely will stand the test of time.

Jason:    No, no. You definitely need a 2 sider. No, so you usually have a guy on the ground who’s cutting the boards and with a helper and 2 guys installing it. You got one nailing on one side and one on the other.

There are some other options. They make a scallop that kind of almost looks like a fish scale. We’re getting ready to do a project in Anchorage that has some very cool accents with the … It basically looks like a half round design or a scallop that’ll have some of the Hardie product on there.

One of their newer products that we’re very fond of is called their Artisan line. It’s about double the thickness of the traditional lap siding and the reason it’s … A lot of architects really prefer the artisan siding because it’s so much thicker. In a traditional house when you do the siding, you put up corner boards, so when you get your siding, you start to wrap the corner, you can’t wrap the corner with the siding. You have to have a corner to bump it into. With the Artisan product, you can actually do what’s called a mitered corner. You won’t see any corner boards on the house. You have a continuous run of Hardie all the way around the house, and it’s a pretty dramatic look.

Greg:    Okay. Wow. Does it also give you some other benefits? Are there any structural benefits because it’s so much thicker? Or insulating capacity?

Jason:    You know, durability wise, it’s going to be a little bit stronger. Insulation, any time you have a thicker product, it probably helps a little bit, but it really boils down to aesthetics when you’re looking for that old school wood or Cyprus look on the outside…

Jason:    Maybe we can have a treasure hunt one day.

Greg:    I like it. That should totally be a podcast episode. 20 things to look for that Jason Black’s talked about.

Jason:    Yeah, and you could probably see most of them in Norton Commons. We do a lot of Hardie outside of Norton Commons on our larger custom homes too, so on those cornices we talked about, instead of wrapping it with traditional aluminum and vinyl on the cornice, we like to use the Hardie there as well.

Greg:    Perfect. Well, as always, I appreciate the education and I look forward to talking to you next week.

Jason:    Sounds good, Greg. Thanks for coming out again today.