The Appeal Of Ranch Style Custom Homes In Norton Commons 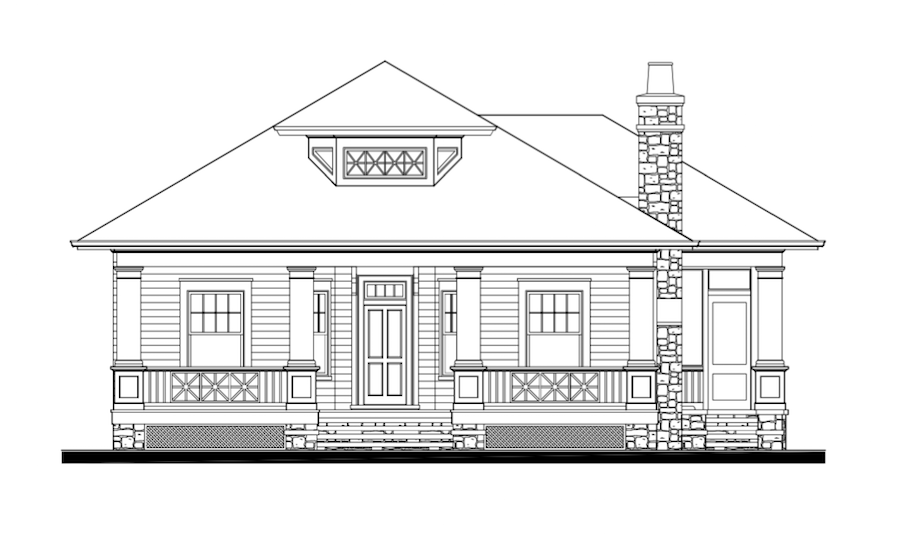 Greg:    Welcome to this edition of the Louisville Custom Home Builder podcast series brought to you by Louisville’s leading luxury construction team, Artisan Signature Homes. I’m Greg, your host, and for today’s episode we are joined by Louisville’s best known and most accomplished custom and luxury home builder, Jason Black. Jason, before I say hi to you, just want to let you know that this is your 50th episode for your podcast, congratulations!

Jason:    Wow. How does the time fly man? That’s hard to believe.

Greg:    I know. It got me thinking as we were approaching the 50th episode… I’m getting close to 50 myself. In a few years, I’ll be 50, my kids will be off to college and I’m going to be an empty-nester and I don’t know if you’ve seen this with other clients or people but as I’m approaching 50, I’m looking at houses very differently and I don’t need 4 bedrooms and I don’t need a 2 story. I don’t need everything that my house has right now. Is that something you see going forward?

Jason:    It’s funny, we build a lot of beautiful large custom homes but then we also build a fair amount of ranch style plans and it’s funny you mention that because I know you know we do a lot of work here in Norton Commons but we happen to have a plethora of ranches under construction right now.

Greg:    You actually mentioned that last week. That’s funny that you’re coming back to that. Yes, please tell me about ranches.

Jason:    A lot of people like yourself, kids are off to college or getting ready to go off to college. They’re empty-nesters is what they are and they just … there is not a need for having a second story or having all that space. They want to downsize, simplify their lives and simplify the maintenance. That’s where the ranch style plan really comes into play.

Greg:    Were you trying to look forward and see that this demand was going to be there or have you been getting more requests? Are the ranch homes you’re doing, are they contract homes? Are they spec homes? Is this something you’re putting up and gauging the- 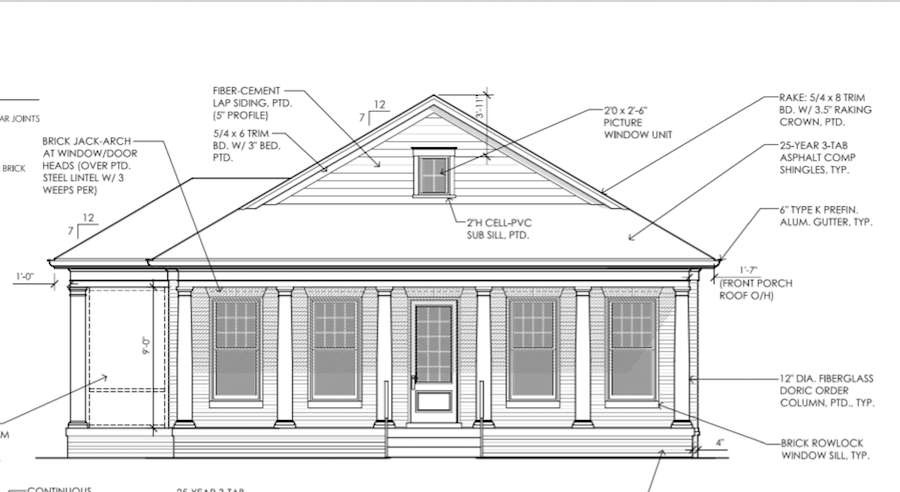 Jason:    Some are spec homes but actually most of the ones we have under construction now that are ranches are all sold so customers have been coming to us, they describe their needs and then we present to them some options. For the most part, lately, a lot of folks again, the ranch has been a good option for them.

The lot sizes in Norton Commons, you have to have the right side lot. You need a little bit bigger lot to do a ranch and certain restrictions. Some of the lots require a 2 story or a story and a half but there are a fair amount of lots that you can do in here that have a ranch setup.

We’ve got a couple different configurations right now. A typical ranch for us may be a 3 bedroom where again people like to have a nice guest bedroom but then they’ll turn that 3rd bedroom into an office space. We’ve got a couple that we’re working with right now that we’re doing a 2 bedroom ranch. They wanted a really nice master bedroom suite with a larger closet, larger master bath so we took … it’s about 2000 square foot plan that we’d used maybe a version of it before but we removed one of the bedrooms and expanded the master suite.

Jason:    Most of suburbia probably doesn’t support a 2 bedroom ranch but Norton Commons is a different animal. You have a lot of restrictions on size and lot dimensions so a 2 bedroom is totally acceptable with the exception of we are doing 2 additional bedrooms in the basement with egress windows so it still is a 4 bedroom house but it has 2 above grade, 2 below grade which from our experience has worked.

We have actually done a couple of 1 bedroom ranches with bedrooms in the basement. It’s a good mix of that. Actually I have a new spec plan we’re working on that’s about 1500 square feet, nice 2 bedroom ranch, open floor plan concept that has a 3rd bedroom in the basement. It’s going to be under that $500,000 price point which it seems to be a pretty good price point for folks wanting to downsize and take a step back, simplify their lives.

Sometimes people will have a second home so they may have a spot in Florida or Arizona and they just don’t need that big lavish house anymore that maybe they had and we build for a lot of folks that have lived in Lake Forest for example that, what’s there, 2 or 3 thousand homes in there? Bigger homes and just looking for something a little bit less.

Greg:    I’m curious because this ties in pretty well with national real estate trends that a lot of people are looking for smaller properties but I haven’t seen many articles talking about finishes or finish levels. It would seem to me that in Norton Commons, they might want smaller square footage than what they once had and a ranch would fit in, but I’m going to guess though that the finishes are every bit as nice as your larger luxury homes.

Jason:    I think that’s what a lot of these folks that are downsizing, why they’re drawn to Artisan is because we have done a lot of the custom higher end finishes and we’re … not every house we do has that high end type finish, say Sub Zero or Wolf type kitchen but a good majority of the people do like that high end finish so we’re talking the nice custom cabinetry, maybe inset cabinetry style with built in refrigeration and a professional style range because they’re used to nice things in these larger houses so when they make the sacrifice to give up some square footage, they don’t want to compromise the feel. We can still deliver that feel and that continues into the mill work package. We do a lot of beautiful trim work. Still doing a lot of coffered ceilings, a lot of beams so it’s not an old 60s or 70s style rambling ranch that we’re building.

A lot of them will have maybe some higher ceilings, some vaulted ceilings. We’re working on one right now … it’s a ranch that will have a little staircase with a small little loft space for a little art studio. Technically it’s not a ranch, but for all purposes, everything’s on the first floor with a little loft space for grandkids to go and hang out or have a little art studio up there.

Greg:    You mentioned some of the ranches that we’re all thinking of from the 60s or maybe even before. A red brick, rectangle, side to side basic ranch. These are probably different from what you’re doing? 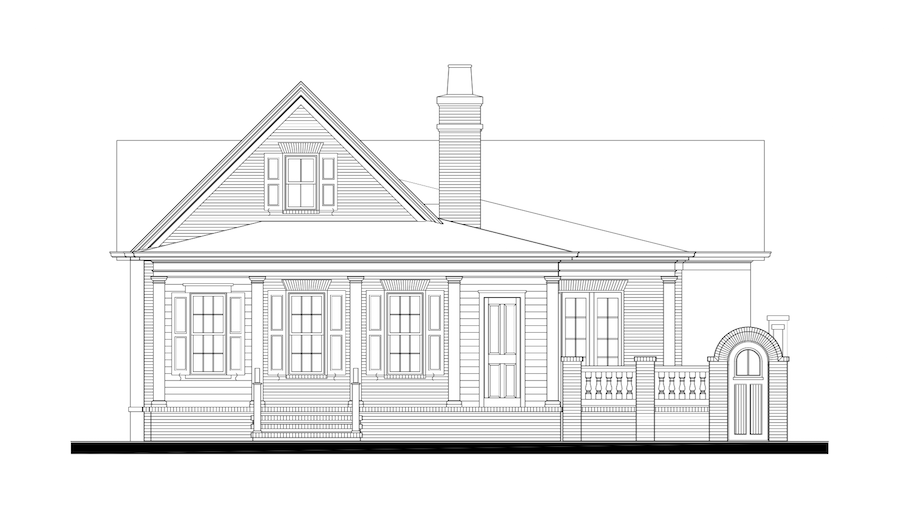 Jason:    Yeah so we’ve got a great Artisan’s craft style ranch we’re doing that is Hardie siding, it’s white Hardie siding. We’ve done black windows and it’s very striking curb appeal wise. The other, we’re going to do one that’s going to be white painted brick so these still have a classic feel, classic vernacular and style will be that one.

We’ve done one that was an Italianate style that had some really ornate decorative brackets so it’s definitely not a short squatty rambling ranch that you may think of. We’ve got another one in the works that’s got a … I think the roof pitch is 12-12 which is a pretty good size pitch for a roof of a ranch because of the width of the house. You get those tall volume space but the clients wanted a loft type feel or more of an industrial feel on the inside so we’re just raising that ceiling in the main kitchen, great room, dining room. We’re going to do some exposed brick and it definitely will not feel like an old school ranch.

Greg:    This is really interesting. It sounds like with all ranches you’re building here in Norton Commons you’re going to have to coin a new term, a new category of house because it’s not what people are thinking of when you say luxury home because most people think really large and really expensive and it’s not what most people think of when you say ranch. You’re going to have to come up with some hybrid ranch term. I don’t know what it’s going to be. You can tell people later.

Jason:    We’ll keep it a surprise for right now.

Jason:    I think you’re right. It is an evolving category that people want these well appointed ranches that again aren’t real lavish in square footage but they’re going to feel like the Homeorama. If anybody got a chance to go to through the Homeorama houses they saw the nice feel. We’ll have that exact same feel with the end product on these new ranches we’ve got under construction.

Greg:    I will put you on the spot on this one. Do you happen to have any pictures that we can share of something maybe in progress to give people an idea?

Jason:    Yeah I’ll get you an in progress and maybe an elevation or 2 of some stuff we’ve got in the works.