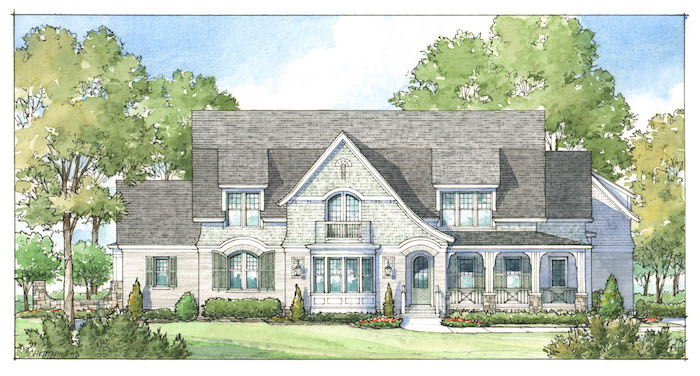 Greg:    Welcome to this edition of the Louisville Custom Home Builder podcast series, brought to you by Louisville’s leading luxury construction team, Artisan Signature Homes. I’m Greg, your host, and for today’s episode, we are joined by Louisville’s best known and most accomplished custom and luxury home builder, Jason Black. Jason, as always, good to see you.

Jason:    Greg, it’s good to be seen, and I can’t believe it’s time for another episode of our podcast.

Greg:    It is, every week. In a lot of your podcasts, you talk about the style of the home you’re building, and you reference a part of the country where you think it might fit in, or what gave you an idea. I’m really curious about the artistic side of your choice, how you go about choosing styles, and what you mean by different kinds of styles, and really, what kind of homework you do to get to that point where you say, “This kind of style is going to go on this house, on this lot.” That whole process.

Jason:    All right. Yeah. We can talk a little style, today. As with my style, and trends, they tend to change over time, a little bit, but I think the key with any style is to do it in a timeless way, that it is done with the right proportions, and the right scale. A particular style that I’m very fond of, right now, is, I’m going to call it a shingle style, or maybe a Nantucket influenced house, to where it has a lot of cedar shake, a lot of influence from the Nantucket region. The cool thing about this style, it’s very unique, it’s actually a pretty expensive style to build. Some styles are a little bit less costly to build, but the amount of detail and labor that goes into the shingle style is pretty extensive.

Greg:    Is it the material itself that makes it expensive, or the time and the … 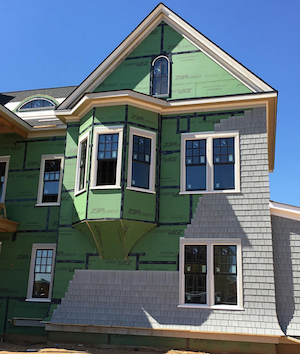 Jason:    It’s the time. It’s the material. It’s the labor. It’s all the different features. When I think of a shingle style house … We’re doing a couple. I’ve got one in … I think we’ve talked about our “Homearama” house. That was a shingle style house. We put a little flair at the bottom of the house to where it may take a couple weeks to frame out this flair detail, and then you have to curve the shingles on it, but it gives it a little subtle accent that is just so cool.

Greg:    You’re talking about shingles on the side of the house?

Jason:    Yeah. Not necessarily roof shingles. These are individual cedar shake shingles that are put up one piece at a time. Sometimes, they’re staggered. Sometimes, you can space them a couple inches apart, 7 to 8 inches apart. You can really change the look of the cedar and the exterior, based on how you install those.

Greg:    That’s why it’s so time consuming, right? You’re talking the real deal, hand done, as opposed to … Aren’t there siding options where it’s a faux …

Jason:    Yeah. You can buy them in panels that go up much quicker.

Jason:    That’s not what we’re doing. We got to do it the hard way, but I think the end results is much more pleasing to the eye. With the shingle style architecture, a lot of times, there’s maybe eyebrow windows, or there’s arch tops, or there’s curves in the roof line. Maybe bell towers on the roof that could be copper accents. Shutters, a lot of times, are on these shingle style houses.

We’re doing a spec home over in Glenview Park that’s currently for sale, and we’ve done a white painted brick on the bottom half of the house, and then we’re doing the cedar shake on the top, so it’ll be a light gray, stained, cedar shake on the top. Some people are not going to want the maintenance of a cedar shake house, just because it’s wood, and you do have to do a little maintenance with it. We can mix some brickwork with that to help alleviate that.

Greg:    How do you develop your style? I guess another question would be, do you like so many different styles that you don’t necessarily have a style, but you appreciate a lot of different styles from around the country?

Jason:    Yeah. I appreciate a lot of different styles, and like I said, love to travel, and bring some of those ideas back to Louisville, so I’ve seen some great shingle style houses. It’s just not a look that’s seen a whole lot in Louisville. There are some great shingle style homes that have been built in Louisville, but just not very many. Again, it’s just a way to differentiate yourself, put a little bit more … I’m always very keen on having houses with great curb appeal. I think this shingle style really gives us the ability to design and build these houses that when you drive up the street, you’re like, “Wow. What a gorgeous house.”

Greg:    Is that primarily an aesthetic, the shingles, as opposed to maybe in the northeast way back when, that was the material to use, because it served a function, and it’s what they had on hand, but nowadays, are you choosing it because of your artistic vision of what you want the house to look like?

Jason:    Yeah. It’s strictly just the artistic vision of what we want that house to look like.

Greg:    Then, when did your study, and your love of architectural style develop? Were you traveling as a young kid in high school, or something, and saying, “I really like the detail on that window?” Did it develop later, where you recognized, looking at a house, that was different, and you liked it because of…

Jason:    Yeah, it was later. Probably after college. I’ve always been drawn to houses. I haven’t traveled the world, or anything like that. My travels consist of usually in the south, or relatively close, a 10, 12 hour drive from Louisville. Obviously, with the internet, and Houzz apps, and Pinterest apps, a lot of the architecture that maybe I wouldn’t have been exposed to, growing up, is now in your face, every time you’re checking out those apps. The ones that just speak to me have that Nantucket shingle style influence. Again, not everybody wants a shingle style house, so that’s one style that I’m very fond of, but it’s not the only style we do.

We do another style. I call it the low country style. Again, it’s reminiscent of homes built in South Carolina, Georgia, Savannah, that it’s just very easy living. It fits the houses that we’re building in Norton Commons. You may say, “Well, what’s a low country house?”

Greg:    When you’re trying to put together the style for the home, do you try to make the inside match the outside, as far as the feel, or do you leave that up to the client, or do you have a real artistic view about when you walk through the door, the setting and the style should continue through the house.

Jason:    Yeah. A lot of times, the style will continue from the outside to the inside. Doesn’t always have to be. Some neighborhoods require certain styles on the outside. We’ve done several in Norton Commons that have been very traditional on the outside, but you go inside, and they’re very modern. Not saying they don’t fit the outside, but it’s just a different mix on the finish.

Greg:    Right. I guess it comes down to someone’s comfort level, what makes them comfortable, what they enjoy. Everyone has a little bit different eye, right?

Jason:    That’s right. We’re trying to tailor the houses to the consumer. Some match, some don’t. Again, a lot of times with the low country style, it has a coastal influence to it, so usually those interiors do match, and they’ve got, I think, some of the stuff we’ve talked about in prior episodes with a lot of shiplap, white cabinets, and maybe some rope accents, or some … Just that feel you think of when you go to the beach, and beach house. Lighter color floors, and just light and airy colors.

Jason:    Yeah. I do like the beach, but I think one of the reasons I like to go to the beach is because I always drift off and go look at houses. I think it’s just the good mix of houses that are at the beach that draws me to the beach.

Jason:    One of the other styles that, in years past, we did a bunch of very French country, very European style homes, and they’re still very popular today, and they’re very timeless. Brick and stone on the exterior, some swoops on the roof. Again, we still do them, very timeless. Another style that I like to do is just a very traditional Georgian. They’ve been around for hundreds of years, and just a good … To me, there’s nothing more appealing than a nice, red brick Georgian with black shutters, that again, is going to stand the test of time.

Greg:    Yeah. You just mentioned a couple… talk about timeless, both those, the French … I forget what you called it, the French countryside estate look, and the Georgian. Those are pretty much classic, right?

Jason:    They are. They are. Again, we’ve been building those for years, and again, they’ve been around for a long time. Again, it’s building the house with the right proportions, and the right materials that will let it stand the test of time.

Greg:    Okay. We’re talking about a couple different styles of homes. I remember a week or 2 weeks, maybe 3 weeks ago, you were talking with Jon Mand about a spec home that you were building. I’m curious, because that was going to be … You provided us a rendering of that home. Do you know which one I’m talking about?

Jason:    Yeah, I think. Was that the one with the gambrel roof?

Jason:    I think that one is going to fall into the shingle style. The gambrel roof is … A lot of people look at that roof line, and say, “That reminds me of a barn.” It’s a barn look, but it falls into that shingle style architecture. The house I described earlier, in Glenview, is the one that has the gambrel roof.

Jason:    Yeah, it is. It’s a great design, very unique, very eye-catching. It’s definitely a call out for a shingle style when you see that gambrel roof.

Greg:    Awesome. Do you mind if I include that rendering again on this podcast, so people can see what we’re talking about?

Greg:    Beautiful. Thanks so much, again.