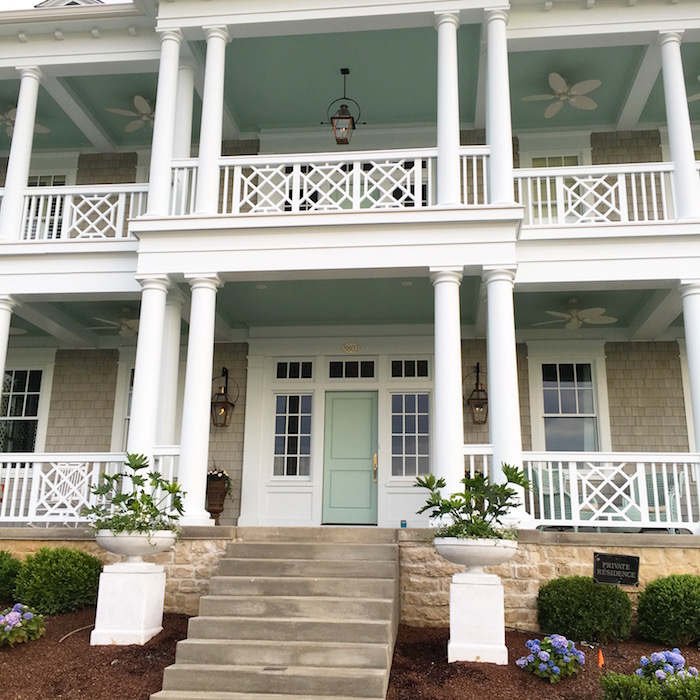 Greg:    Welcome to this edition of the Louisville Custom Home Builder Podcast series, brought to you by Louisville’s leading luxury construction team, Artisan Signature Homes. I’m Greg, your host, and for today’s episode, we are joined by Louisville’s best known and most accomplished custom and luxury home builder, Jason Black. Jason, as always, good to see you.

Greg:    Thank you. I can’t help but noticing every time I drive into Norton Commons to come visit you, more and more houses are getting completed and I’ve noticed recently, more and more front porches. As we’re getting into summertime, I’m thinking front porches and they look a little bit more colorful than I remember porches being. Is that just me imagining something? Is that Norton Commons? Or is that a trend that’s coming on…?

Jason:    Well, I think it’s a trend. It’s a southern tradition that’s rooted down in the South. It is really starting to be very prevalent here in Norton Commons and really all across the country. I guess there’s several reasons why and they’re some myths and truths out there, maybe we can work through a few of those today.

Greg:    I’m just pleased to know that it’s not me going crazy and that it’s not just my imagination. I actually noticed something, so that’s a pat on my back for me.

Jason:    Well, it ain’t you going crazy but … It’s haint blue is a lot of times what they call the color on the ceiling. That can be from the palest of the powder blues to varying shades of aqua, teal, cobalt, robin’s egg blue, even periwinkle and grey.

Greg:    The haint blue, that’s not necessarily the color, it’s the process or the technique or just the coloring … painting your porch roof the blue?

Jason:    Yeah. Bear with my a little bit and I’ll enlighten you on my limited knowledge of blue ceilings.

Jason:    There are various reasons of why everybody thinks ceilings are painted a shade of blue. Everybody’s got their story. Here’s what I’ve been able to decipher over my years. Some people think it’s for fooling spiders and wasps into think the ceiling is the sky. You think if you paint your ceiling blue you’re not going to have insects on there. A lot of people think blue is a bearer of good luck, so they’ll do that. Some people like it because it feels like it extends the daylight down, maybe extend those sunset hours just a little bit more by having that blue porch ceiling. The “haint” comes from scaring away the evil spirits. Those are a couple high level thoughts on why people paint their ceilings blue.

I guess I learned a little bit about the haint blue on … One of my favorite things to do when I travel to Charleston is take a carriage ride tour. Whether that’s fact or fiction, I figure maybe those guys know a little bit of truth. This is some of the knowledge I’ve learned. Apparently, the haint blue comes from South Carolina. I don’t know if it’s from Charleston or not, but from South Carolina. For generations, people painted their ceilings blue. They’re like, well, grandma painted it blue, mom painted it blue, we’re going to paint it blue.

Anyway, most southerners agree that haint blue originates from the South and it’s for the fear of haints, which haints are restless spirits of the dead who for whatever reason have not moved on from their physical world. Getting a little bit spiritual here, but that is the main reason for the haint blue. It can be found on mainly porch ceilings, but it can also be found on door and window frames. It’s really intended to protect the homeowner from being taken or influenced by the haints. It’s said to protect the house and it’s occupants of the houses from evil.

Anyway, that’s probably more than you bargained for about haints, but-

Greg:    No, it’s actually quite fascinating. I’m curious, as you’re on your carriage ride through Charleston, had you heard the story of haint blue before you saw the blue porches and you put it together, or did you see the blue porches and say, that is something I’m interested in, I’d like to learn more about that? 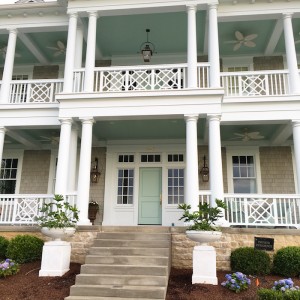 Jason:    All the reasons I had told you about why people paint it blue I had heard over time. I’d heard the haint but I really didn’t know what it was. I’ve Googled it a few times over the years as people inquire and want to know. That’s a little bit about the haints.

Let’s talk a little bit more about the insect repellent and painting the ceilings blue. A lot people swear that painting the ceiling blue will repel the insects and leaving the porch bug free and pleasant during those long summer evenings and afternoons, which is nice, but from what I’ve been able to find, most credible sources discredit this belief. I think there’s some history that can prove that. When the blue paints were first used on the porch ceilings, they were used out of a milk paint. Those paints often had lye mixed into the composition. Lye is really used or known as an insect repellent which really explains why insects would avoid nesting or hanging out on their painted porch ceilings because there’s repellent on there.

Greg:    It wasn’t the blue color, it was the ingredients in the paint.

Jason:    One thing with the milk paint, it has a tendency to fade over time. As you look at some of these rustic ceilings down in Charleston that maybe not have been painted for years, they really start to fade. The milk paint, with it fading, people would repaint it quite often, so giving it that fresh lye it, again, would just repel those insects. Many people still theorize that insects prefer not to nest on blue ceilings because they’re fooled into thinking that blue paint is actually the sky. Anyway, a little more information on the insect repellent.

I guess we can talk briefly about the extending the sky. That was one of the other thoughts we talked about. Haints and insects aside, many people choose to paint their porch ceilings blue simply because it’s a way to make the room look and feel like it’s extended. Blue’s such the calming calming color it is, using it to paint the area of the house that’s intended for relaxation makes a whole lot of sense. Really throughout Norton Commons and even the South and maybe even the US, porches are a favorite place while the weather is warm to sit and watch time and life go by, so why not have it a little more relaxing there for you?

Greg:    Absolutely. Relaxation, that was the first thing I thought of when I saw the colors.

Jason:    As you talk about relaxing as the evening goes down, sometimes we’re putting gas lights on our front porches these days. There’s really no need for any light or anything other than the natural gas flicker. You have that combination of the blue ceiling and the gas flicker, you can … I was on my porch until almost 10 last night and it still almost felt daylight out with the flickering of the gas light against the haint blue ceiling, which was pretty cool and relaxing.

Jason:    Absolutely. People want to feel welcome and at home when they are home and they want to be relaxed. One of the best way to do that is, after work, go sit on the porch, couple rocking chairs, maybe a swing or a hanging bed, and watch the time go by.

Jason:    Yeah. That’s the beauty of a neighborhood like Norton Commons. If you want to be engaged and talk to your neighbors, you go sit on the front porch and you’re welcoming, have a glass of wine. Maybe you had a bad day and you just want to go sit on your back porch and don’t want to talk about anything. We can create some privacy on those back or side porches and you can go out there and you don’t have to worry about talking to anybody. You get the best of both worlds I think.

Greg:    We’re getting closer to Homearama. I’m always asking about these homes. If someone is coming out to Homearama, what is the best way for them to see some of these porches you’re talking about? Should they just drive through the neighborhood? Are some of the Homearama homes going to have-?

Jason:    Yeah. We’ll have some of this going on in Homearama. They can always see any of our homes under construction or completed, check our website or Instagram. We’re always showcasing some different colors. Maybe I’ll give you a few colors that we use sometimes on our ceilings that really give that haint blue look.

One of them that is very popular for us, and these are all Sherwin Williams colors, I like to use Sherwin Williams, we partner with them as part of Southern Living, so I like to support the brand. Sea salt has been a color that we’ve used for gosh, many years now. We’ve painted ceilings, most of the ceilings this color, and then we’ll even paint whole houses this color, in combination with the white trim, it really looks good. Another popular one is hazel by Sherwin Williams, along with pool blue. Doesn’t that sound like a soothing porch ceiling?

Jason:    Another one is atmospheric. Just a couple ones for folks to try if they’re tired of that dirty old white ceiling and want something a little bit different.

Greg:    It’s time for me to go home and remodel my home once again.